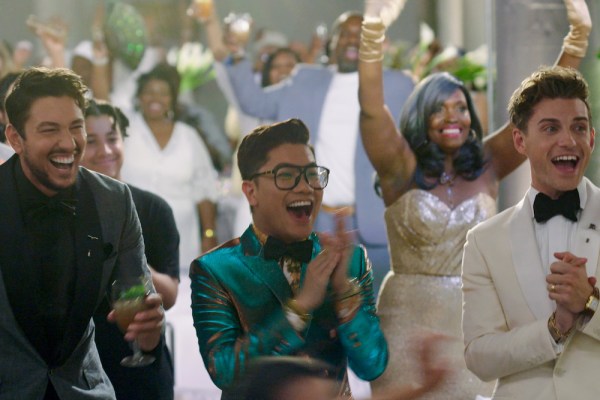 Parts of “State I Do,” a new truth series on Netflix, will feel pretty familiar to fans of the streaming service’s popular reboot of “Queer Eye.”

Like “Queer Eye,” “State I Do” stars gay guys who are experts in a particular field– in this case, interior designer Jeremiah Brent, fashion designer Thai Nguyen and chef Gabriele Bertaccini.

As we explain on the current episode of the Initial Content podcast, it’s hard to resist contrasts to “Queer Eye,” particularly considering that “Queer Eye” developer David Collins is an executive manufacturer on the new program.

However “Say I Do” has its own special appeals. Although its hosts aren’t rather as strongly charming as the Fab 5, the trio won us over rather successfully, thanks to a mix of outstanding wedding preparation and convincing emotional engagement.

Put another way: Almost every episode ends with its hosts silently cleaning away tears, and the audience will probably find itself participating, as the show’s focus on weddings proves to be a trustworthy template for cathartic discussions.

In addition to our evaluation, we also discuss this year’s Emmys, which saw Netflix receiving a record variety of elections

And if you want to skip ahead, here’s how the episode breaks down: